According to the French Supreme Court (Cour de cassation), this criterium is met only if the plaintiff demonstrates the absence of effective negotiation of the unbalanced clause. Only relying on the market power of the contractor and the use of the template from the defendant is insufficient. Other pieces of evidence must be gathered. Eg.: many suppliers did accept the same unbalanced clauses; the clauses were in practice non-negotiable.

This decision starts to clarify the standard of proof which seems now quite demanding, especially when large supplier companies are  involved, even when they operate on markets with an asymmetrical structure, as is the case in France with respect to the supply of fast-moving consumer goods to supermarkets.

Claim of the Ministry of Economy

The case had been initiated in November 2009 by the French Ministry of Economy against one of the 5 major French retailers, ITM, on the ground of previous article 442.6 I 2° of the French commercial code (today article 442.1 I 2°), which prohibits the submission or attempt to submit a contractor to obligations creating a significant imbalance between the rights and obligations of the contracting parties. The Ministry, in charge of ensuring that no restrictive practices are implemented on the market and entitled to initiate stand-alone actions, was seeking both an injunction to cease using clauses he deemed unbalanced and the imposition of a civil fine of 2 million Euros (this was the maximum fine at the time; today the maximum amount is 5 million euros or 3 times the value of the undue payments or 5% or the year turnover in France).

The prohibition under article 442-6 I 2°  of the French commercial code (today article 442.1 I 2°) is infringed if two criteria are met: a “submission or attempt to submit” a contractor and the characterization of a “significant unbalance between the rights and obligations of the parties”.

The first criterium was at stake in the present decision.

Supporting evidence of the Ministry of Economy

In his claim, the Ministry had inferred the “submission or attempt to submit” from (i) the structure of the market which conferred ITM a great negotiation power, (ii) the fact that the contract was the retailer’s template imposed on its suppliers and which contained unbalanced clauses.

However, only 5 major suppliers’ contracts (those suppliers were certainly not small or medium size companies) were submitted as concrete evidence. One of the unbalanced clauses had been modified in one of those contracts and one of the 5 suppliers had stated that he had preferred not to try to negotiate the unbalanced clauses.  Finally, ITM had proven that another major supplier had managed to negotiate the clauses at stake.

Dismissal of the claim of the Ministry of Economy

Because of this rather poor and contradicting evidence, both the first instance court and the Paris court of appeal have dismissed the claim. The Court of appeal stated in substance that “if the grocery market structure may be taken into account to prove unbalanced bargaining powers, with rare armlength negotiations between suppliers and retailers, this may not be enough to prove “submission or attempt to submit” to an unbalanced clause of the contract executed between the parties, even if the contract is the retailer’s template. Other pieces of evidence are necessary”. Actual proof of unsuccessful attempts to negotiate could meet the standard according to the Court of appeal.

The Cour de cassation approved this approach, in a very fact detailed case. The learnings are significant. Though, clear cut principles as to the burden and standard of proof are not yet given.

What is clear at this stage with respect to the proof of “submission or attempt to submit” is that:

(i)                  The burden of proof lies on the plaintiff. He must prove the absence of effective negotiation of the unbalanced clauses.

The Cour de cassation had not yet said it so clearly.

(ii)                The market structure and the use of unbalanced templates are taken into account, but they are not enough to prove “submission or attempt to submit”.

This clarification is welcome because a different solution could have been inferred from previous decisions of the Cour de cassation:

–          For instance, in a case involving the retailer Carrefour, the Court had considered that a reference to the structure of the food grocery market was sufficient to establish “submission or the attempt to submit”, as Carrefour had not opposed any counter-arguments such as the market power of its suppliers, the number of SKUs they sold and the fact these were eventually best seller products (Cass.com. 4 October 2016 n°14-28.013).

–          In another case involving the retailer Galec, the Court took mainly into account the fact that the suppliers were unable to negotiate with Galec because they could not run the risk to be delisted by Galec which held 16,9% market share, only 3% of the suppliers being large group companies (Cass.com. 25 January 2017 n°15-23.547).

–          The Court also gave great importance to this criterium in a case involving the retailer Darty, underlying that suppliers could not do without this key-player because it was the leader on the concerned market, and it held consequently a great bargaining power (Cass.com. 26 April 2017 n°15-27.865).

The decision must be approved in that respect because the use of templates by key-players in any market may not it itself create a sort of presumption that they submitted or attempted to submit their contractors under article 442-1 I 2° of the Fr code of commerce. Such a presumption would create substantial legal uncertainty.

(iii)               Additional pieces of evidence showing that in practice the templates could not be negotiated must be provided in order to complete the test.

This evidence must be significant, but here lie the main uncertainties that will need to be further clarified by the Cour de cassation.

What remains to be clarified is:

(i)                  The extent to which large companies will be able to rely on article 442-1 I 2° or whether their size, the notoriety of their products and their potential bargaining power could to some extent diminish their protection under said provision.

For reference, the EU Directive 2019/633 on unfair trade practices between companies in the agri-food sector only protects small and medium size companies against purchasing companies with a greater bargaining power.

In the present case, the Ministry only provided 5 contracts and some of them had clearly been negotiated. It was not so surprising that the standard of proof was not met.

However, the Cour de cassation underlined that the five contracts containing the challenged clauses were signed by “companies which may not characterized as small/medium companies”. Because of the size of those suppliers, the Cour de cassation found that only providing the templates with the challenged clauses was not sufficient and additional evidence was necessary to demonstrate the absence of effective negotiation.

This shows that whenever large companies are at stake, it will be necessary to demonstrate that, even for them, the clauses could not be negotiated.

This standard might be high. For the record, the Cour de cassation said in substance in another case that suppliers which were not large groups could not take the risk to be delisted (Cass.com. 27 May 2015 mentioned above).  Does this mean that large groups may take that risk and that, in order to prove the submission, they should push so far in the negotiation as to be delisted?

Such a solution would be very questionable considering the reality of delisting practices of certain retailers that may represent, even for large companies, more than 15% of their yearly sales and which may proceed in a very concealed manner (delisting on other markets, delisting of most SKUs except the blockbusters, etc…).

It is doubtful that the Cour de cassation would go so far, and we believe that it is more likely to consider that a proof of the attempt to negotiate the unbalanced clauses and of the pressure or threats of retailers should be sufficient (even if not very easy to gather). Of course, only future case law will confirm.

In the meantime, this decision indicates that suppliers cannot just accept the unbalance clauses or contracts without negotiating them and then rely on the Ministry’s action to be protected. This decision (in line with the recent Egalim reform) should induce them to better document the negotiating process.

(ii)                How many contracts signed with the unbalanced clauses as per the original template need to be provided in order to prove “submission or attempt to submit”?

In the present ITM case, the evidence provided by the Ministry was clearly too poor (only 5 contracts with major suppliers’ companies, some of which had been able to negotiate the clauses). On the other hand, in one of Galec cases it had been found that the challenged clause was inserted in 118 signed contracts. This very large number of contracts led the Court to consider that the unbalanced clause had been imposed as Galec had not shown that the clause had in fact been negotiated.

This could suggest that when an overwelming number of contracts has been signed with the clause, the plaintiff would not have to prove the absence of effective negotiation anymore. However, would this solution also apply with respect to the contracts signed by large group companies? This remains also to be clarified.

This decision is important, especially in the context of the Egalim reform of last April 2019, which substantially reduced the number of prohibited unfair trade practices. The remaining practices, among which  the submission to unbalanced clauses, are supposed  to encompass all previous practices and to offer the same level of protection. Therefore, it is key that the standard of proof, while remaining fair, continues to take into account the  fact that, in reality, the unfair trade practices are difficult to assert due to the reluctance of most suppliers to share any evidence with the authorities and even to challenge the retailers’ positions in writing. In that respect, it is worth mentioning that, when enforcing competition law, the competition authorities sometimes resort to very light standards of proof.

Going further, this decision (obtained after a 10 year proceedings) shows again how difficult it is for the French authorities to try to keep under reasonable control the trade practices, while preserving legal predictability. 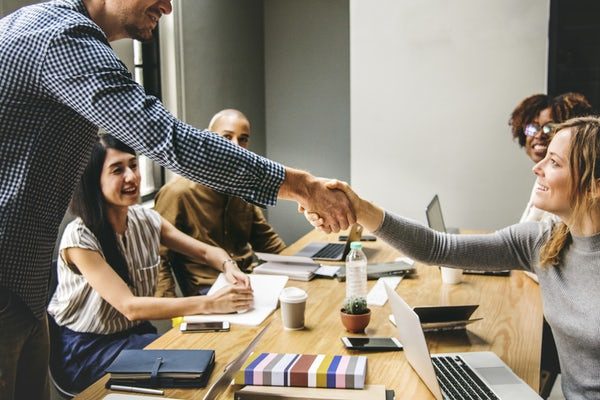